“Passion is rampant” and “The flesh is weak” are phrases that can fit perfectly to portray what many people are doing: concocting ideas to maintain a sexual encounter despite the restrictions on approach due to the quarantine in the wake of the Covid-19 pandemic.

False jobs, “shopping” trips, or professional planning are some of the resources that people who need to have sex despite the risks of infection are using. Although it has not yet been proven that the coronavirus is transmitted by semen and vaginal fluids.

Breaking the Quarantine for Sex

Carolina had met Kevin before the pandemic.

I had told him to see us before the isolation was declared. However that could not happen because of their hectic schedule. So another option was virtual sex. But ultimately being physical is one of the nicest feelings human can have.

I was calm, I didn’t think about breaking the quarantine for sex. But I was missing human contact a little bit, because it had been a month and a half since I had been given a hug, a kiss. I wasn’t so in touch with him anymore, because we have a more physical relationship that doesn’t work with dialogue because of Whatsapp. We did a little sexting but not very often.

Carolina asked – When do we do it?

Carolina explained that the day before the meeting, Kevin confessed to her that he had ridden his bike past her house on his way to buy something in her neighborhood. I told him that if he rang my bell, I would open the door for him. So the next day Kevin came to her house.

It was all coordinated with a lot of planning,” Carina continues. There were short messages of ‘I’m coming’, ‘I’m three blocks away, get ready’; a little message of ‘I’m half a block away’. I opened the door and checked that there were no neighbors. Everything was dark: my apartment was suddenly a bunker.

The objective of the meeting was already planned

Kevin arrived on his bike so we had to get the bike into the house very quickly… The skinny guy with the mask on, that is, zero eroticism. The eroticism started once the doors were closed. The bike was put away, everything was cleaned and washed. And then, I didn’t even offer him a glass of water, we were both very hot.

Although the objective of the visit was clear, Carolina assures: “It wasn’t just fucking…, we were hugging each other for 15 minutes, just because we were having human contact with each other. And well, she stayed over and left the next day. It was a situation of danger, and also of feeling a little bit at fault.

It was a kind of recreation that helped me move forward. Which doesn’t mean that from now on I’m going to break the quarantine to fuck… once a week. It just did me good at the time. I wasn’t even that aware of how good it could do me, mentally, to have a situation like that. 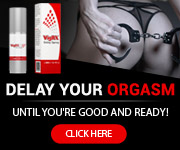 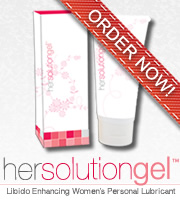